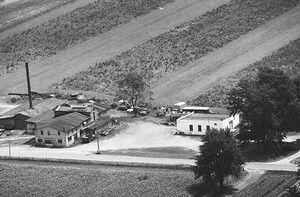 Hamilton County - A family-run factory, in business for nearly 100 years, was destroyed by a massive fire Friday.

Pickett's Autumn Gold Sorghum plant caught fire just before 11:30am, about a half mile west of US 31 in northern Hamilton County.

No one was injured, but the fire devastated a family who owned the business for generations.

The heavy smoke billowing above Sheridan could be seen for miles as flames seared through a nearly century-old business in northern Hamilton County.

"They had flames completely out the roof. The whole entire structure was completely involved with fire," said Lt. Travis Stern, Sheridan Fire Department.

"The Picketts are just like our second family, so it's just sad to hear [about] this loss today," said Beth Stewart, who grew up in Sheridan.

This is more than a professional loss for the owners. It's very personal. The company started in 1913 and it spans five generations of the Pickett family.

"I worked here all my life. It's just part of me," said Ronnie Pickett, owner.

Ronnie Pickett's grandfather started the sorghum plant. Like his father and grandfather before him, he manufactured the molasses-like liquid similar to maple syrup. Watching his life's work go up in flames was heartbreaking.

"It's very heartbreaking. This would have been our 94th year in business," said Janice Pickett, Ronnie's wife. "It's just the fact that it's gone. It's just gone. Totally gone."

"The Lord giveth and the Lord taketh away. That's the way it is. We don't know why but there's a reason," said Ronnie Pickett.

Firefighters suspect the fire's cause was electrical and the materials inside helped ignite it.

"From gasoline and oil and combustible materials like that, that just the fire started and took the whole building immediately," said Lt. Stern.
Copied from WISHTV

Do you have a connection to this photograph? Maybe you grew up here or know someone who did? What has changed in the 45 years since this photo was taken? Tell us! 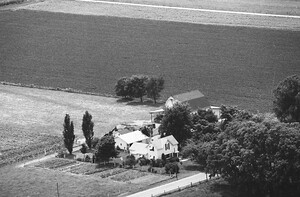 21,334 members are helping us to bring our collection to life.