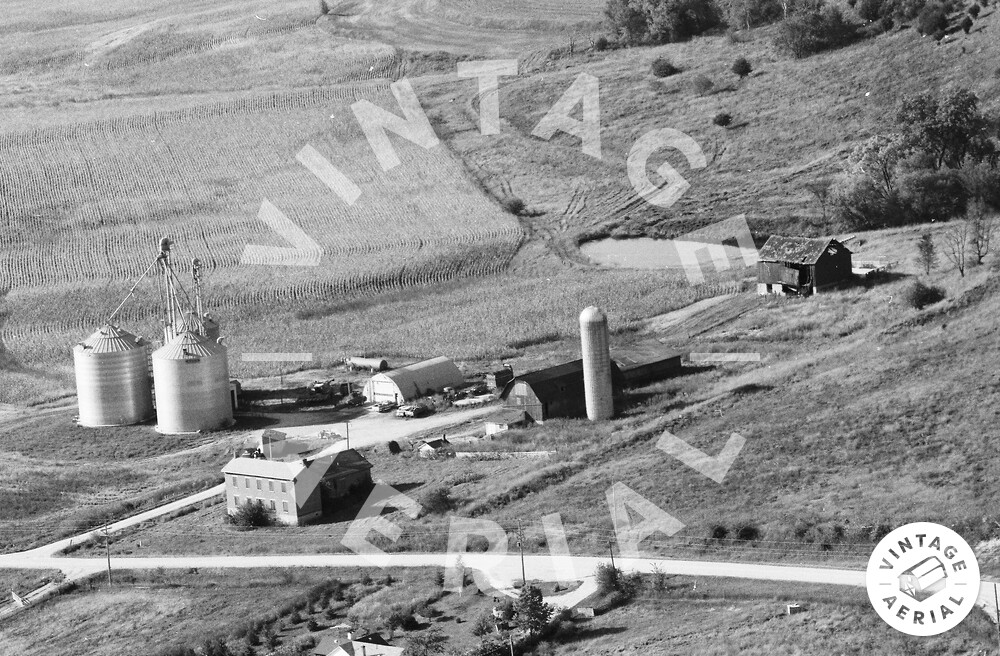 Here is the history of the area in this photo. In it's day it was a grand place! I grew up in Wadena and always hoped that somehow the mansion could be restored. But sadly it was torn down by the property owners this summer. (2011) Wadena lost the "home' feeling I always felt when ever I returned and as I came around the hill from the south and could see the old mansion ahead. It was a sad day for me to hear of it's destruction.

History of The Herriman Mansion
Home

In 1857 Major David B. Herriman came to Fayette County, Iowa, trading land he held in Minnesota for the Illyria Township holdings of George Culver. Culver was an Indian trader who had established a post in 1841, about a mile east of the present site of Wadena on the banks of the Volga river. The home of the Herrimans was established in the double log house erected for a trading post. The trading post had continued there for several years by Mr. Culver until the Winnebago Indians were relocated to Crow Wing, Minnesota in 1848.

When the Winnebagos were removed to Minnesota, Mr. Culver had followed them there. In the year of 1850, Mr. Herriman was appointed as Indian Agent for the Chippewa in Minnesota and stationed at Crow Wing. His recommendations to this position were integrity, courage, honesty, and good business qualifications. He remained in this position for several years and made a fortune.

All Indian agents have military titles, usually that of "Major" --which answers a question often asked with reference to Major Herriman. Culver had become acquainted with Herriman in Crow Wing and Herriman made the land swap, sight unseen. He was so satisfied with Illyria Township, however, that he eventually acquired 1400 acres of land there.

The town was laid out by Horace and Elizabeth Countryman and David and Elizabeth Herriman, in July, 1857, and the plat was recorded May 11, 1859. The euphonious name of Wadena was bestowed upon the little hamlet by Major Herriman, who selected the name of an Indian chief who had been a warm friend of his while the latter was living at Crow Wing.


Major Herriman built a large brick dwelling, the largest house in the county at the time, on his land not far from the log cabin trading post. The bricks were made close by on his own land by Thomas Fennell and it was finished with pine, cut and sawed on his own place. In about 1860 the Herriman family moved into the three-story brick mansion, the huge dimensions a marvel to his struggling pioneer neighbors. The building had room for the Major and his five sons and one daughter from his first marriage; for his second wife and their two young daughters, and for a dozen hired men. The hired men slept in a low ceilinged attic room, where legend has it, the Major won back his men's pay in Saturday night card games.

His two daughters by his second marriage were sent to the Catholic school at Dubuque, where, among other things, they learned to play the piano and dance. Occasionally the hired men would bring out their fiddles and the girls would play the piano and young folks from all around would gather in the plain, high-ceilinged rooms to dance; and in the moments of youthful enthusiasm the portly, paunchy Major would join the party, sing and dance gaily to his favorite tune, "Polly, Put the Kettle On".

The coming of the railroad up the beautiful Volga river valley meant much to the progress of Wadena. Major Herriman donated a large amount of right of way to encourage the coming of the Chicago, Milwaukee, St. Paul. He realized that with the railroad came new people and business energy, and from 1877 Wadena took an upward trend.

For many years, weekly horse racing in the Herriman lane, with its attendant saloon equipment and other features, gambling, furnished the principal amusement and revenue -- to the fortunate.

Nearly all inhabitants in early days were dependent upon daily labor for a livelihood, and the Herriman estate, with the mills and lumbering interests, furnished employment. The people were all poor, so Major Herriman was looked upon as a kind benefactor. He was not over-exacting in the amount of work he required, and he was always ready to pay. Many of his employees received their pay, in whole or in part, in pork, flour, and other products of the big farm, and usually at fair prices.

The first schoolhouse was destroyed By fire. It was succeeded by a stone structure of somewhat longer dimensions --this one eighteen by thirty-six feet --all in one room. It was erected on contract with Major Herriman, for a consideration of $800.00. Land contributions made by Major Herriman to different denominations made it easier for parishes to build their churches in the community.

The ground for the Wadena Cemetery was donated by Major Herriman, who erected a fine granite monument for himself and his wife, before the death of either. Not far off and within sight of his huge mansion, the Major lies beneath his gravestone, which is still the most impressive of all in the Wadena Cemetery. The inscription reads:

Do you have a connection to this photograph? Maybe you grew up here or know someone who did? What has changed in the 38 years since this photo was taken? Tell us! 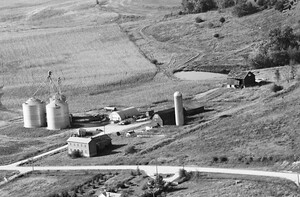 26,846 members are helping us to bring our collection to life.